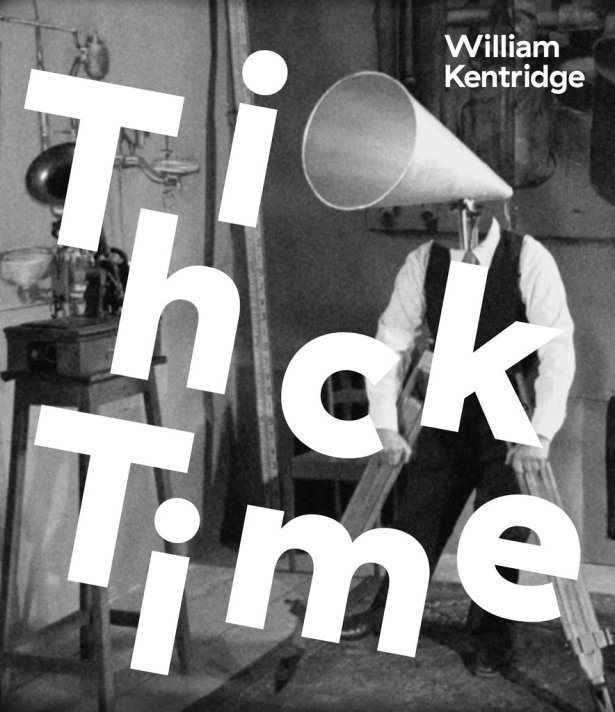 Another noted artist that I only discovered in the last few years, but whose art and ideas have greatly influenced me, is the South African artist William Kentridge.

Renowned for his animated expressionist drawings and films exploring time, the history of colonialism and the aspirations and failures of revolutionary politics, South African artist William Kentridge (b.1955, Johannesburg) featured in two major London exhibitions in the last two years that I was fortunate enough to see in the last couple of years.

The Whitechapel Gallery exhibition showcased six large-scale installations by the artist, where music and drama are ruptured by revolution, exile and scientific advancement. 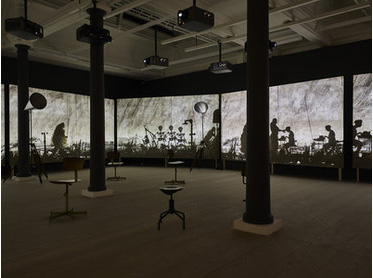 More Sweetly Play the Dance is an eight-screen danse macabre, reminding one of the medieval tradition which summons diverse vestiges of humanity in a paradox of revelry and mourning. Kentridge presents us with part carnival, protest, and exodus: a 45 metre caravan traversing in a sphere around us with figures in procession, a form the artist invoked in his 1999 Shadow Procession.

About the processional form, Kentridge says:

“In some ways we first come across it in Plato’s Allegory of the Cave. In a prelude to talking about the responsibility of the philosopher king, he describes people walking behind a screen carrying wooden and stone objects in their hands, their shadows thrown onto the wall opposite the prisoners shackled in the cave watching the shadows.”

Kentridge manages to combine traditional media with new media in work that references much of the culture and history of humankind’s interactions with each other – my work does not of course encompass such a vast range of subjects and media, however, I have found him inspiring for what is possible.

As with Mona Hatoum, Do Ho Suh and Tatsuo Miyajima, other artists who have greatly influenced me over these last two years, I dream about the kind of work I might make that goes beyond my previous boundaries of tradition painting and printmaking, of relatively small-scale, framed works, to the ideas of truly multi-media, multi-sensory pieces and installations drawing from a myriad of sources, cultures, languages and peoples.